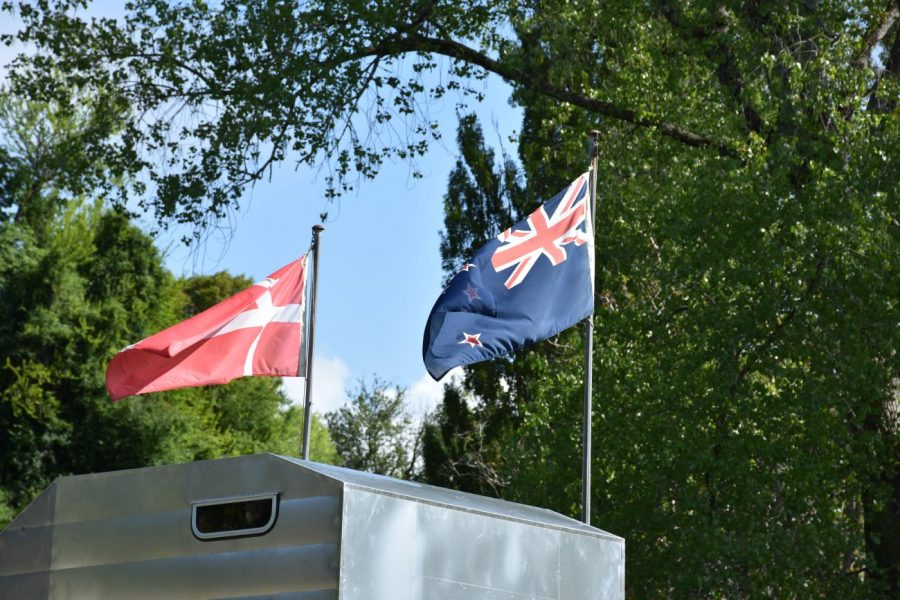 Although we already did that trip, I will summarize the events. Dannevirke was a very quite campsite right beside a small deer park. This has been different to all our other campsites, because there has been always water (lake or sea) nearby. In Dannevirke we had neither of them. 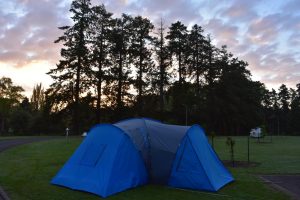 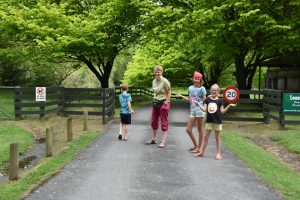 But we have had birds. And lots of them. Like in Hastings we were woken up everymorning by birdsong. The campsite was perfect for us. We have very good facilities and we met a lot of very friendly people there. We met a couple with their baby from Canada (she spoke a little bit german, cool isn’t it) and they were traveling like us. We spent nearly one day together and we even played boardgames in the evening together.

From Dannevirke we made two different excursions. One to Palmerston North, where we met two friends of us from germany. They were traveling from Wellington to the Tongariro Nationalpark and we met them in Palmerston for a very nice afternoon along the river there. 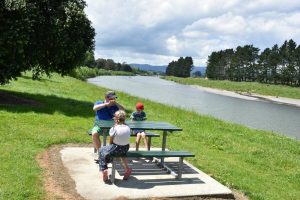 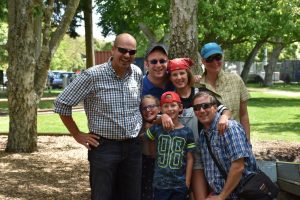 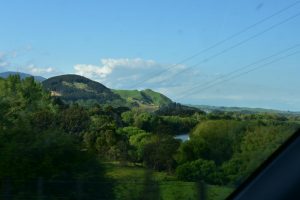 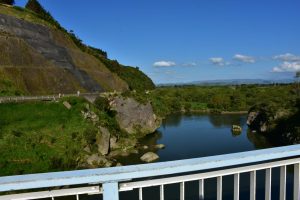 The other trip was to Waihi Falls. The Google Maps App did send us a very long way around the Falls and over some very steep and windy gravel roads. I was glad I’d bought a ute. The falls were in the absolute loneliness. No cellphone coverage, no one seen alive around (nor dead). But the falls were beautiful. The kids played in front of and we enjoyed the beautiful nature and watched some goats walking around. 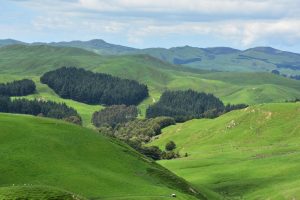 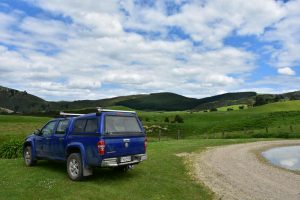 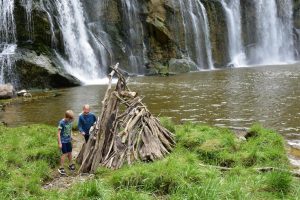 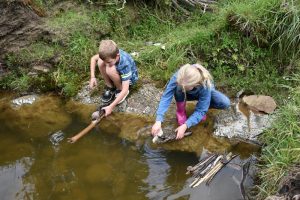 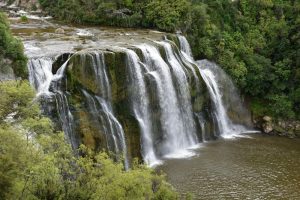 Then we left Dannevirke for our trip to Wellington, where we would stay one night, before we took the ferry to the South Island. 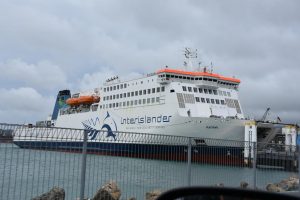 The weather during the crossing was very rough, so we were not allowed to get on the sun deck. That day was the longest of our traveling days. When we arrived at Picton nearly drove 20k into the wrong direction, because we wanted to drive the Charlotteville Drive right thru the Malborough Sounds, but we missed the turnoff. So we have had to drive back.
The tour thru the Malborough Sounds was marvellous. We met a family from the Netherlands (equally travelling with their kids taken out of school) and they organized all their accommodation by AirBnb. The called so called Superhosts and they got an answer within 10 minutes. No, I would have been to scared to rely on overnight stays like that. But it worked (for them). 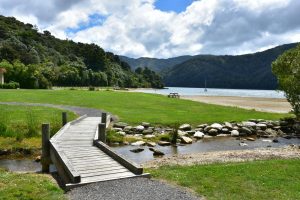 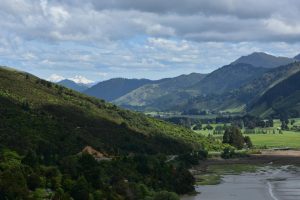 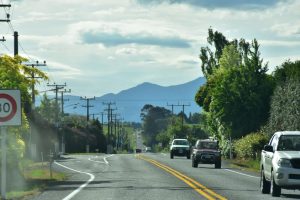 We spent that day nearly 5 hours in the car (together with the breaks) and all of our children were totally exhausted. Getting up at 6am in the morning and then setting up the tent at 6pm was quite a task for them. After we got the tent up we were really tired and went straight to bed.
The next morning was beautiful weather and we have had our breakfast in the sunshine directly besides our tent for the first time since Ohope. 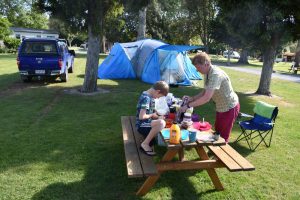