A day at the doctors or Russell’s Medical Centre Visit

As I mentioned in last geman blog entry, Leia did have an accident while we were attending the Waitangi Treaty Ground. After two days we decided to see a doctor. Okay, to be precise, see several doctors. Now we have learned something about the following abbreviations: ACC, MCL, GP.

You don’t kow what these are? Let me tell ya.

ACC is the NZ Accident Cover Insurance. Even if you are a foreigner, if you have an accident, you will not be charged.

I knew this before we went to NZ, but I hoped I would’nt need it. Or at least I would not need that within the first three weeks. I was wrong.

Second is a MCL, that is part of the knee. It is the inner ligament of the knee. In german (Innenband). Leia has got her MCL at least extremly strechted if not torn.

GP is a General Practioner (in german Hausarzt), something we don’t have yet in NZ.

Okay enough of medical terms. Story so far:  First we went to a doctor in Russell, but because here knee was so swollen, he advised us to visit the Emergency Department of the Hospital in Whangarai. There two other doctors examined the knee and after the x-rays they came to the conclusion that her MCL is injured.Leia’s kneecap went out of here knee and her knee was severly twisted. Now she has knuckles and will get a bandage tomorrow to strenghten the knee.

It will take her some weeks to recover fully, but hopefully it will heal without surgery. And she’s laughing again.

At the doctor in Russell (our main visiting highlight) 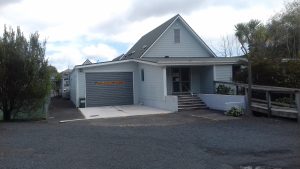 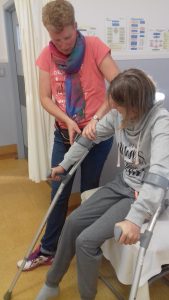 and the first tourist highlight of Whangarai 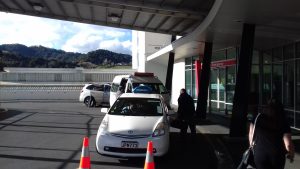 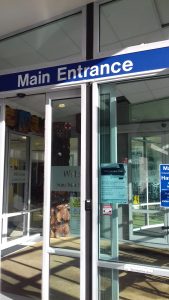 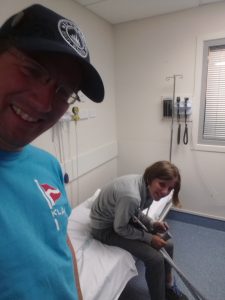 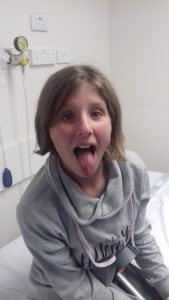